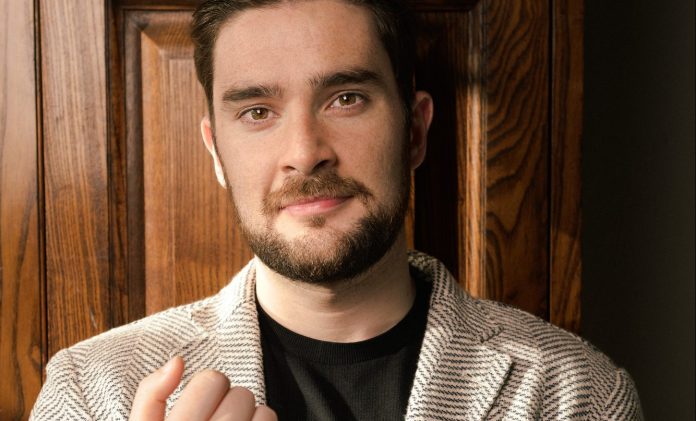 It’s not often you head to the pub for a Christmas beer with a mate and end up creating a company with a £1m turnover but that’s exactly what happened to Jonny Garrett, founder and CEO of William Wood Watches. The 30-year-old always knew he wanted, at some stage, to run his own business, preferably in the luxury sector, but didn’t know quite how it was going to work.

Jonny takes up the story. “It was just over five years ago, and I was working full time for Lloyd’s Bank in London. I was back home in the north-east on Boxing Day talking to a friend in a pub and he told me about Kickstarter. I thought I would need a lot of capital to set up a luxury brand but when I heard about Kickstarter and the fact you do not need to give any equity away in the business … well, that was the start of William Wood Watches.”
From December 2016 to the following August, Jonny began to build the brand from scratch. He knew he wanted to dedicate the business to his grandfather – William Wood, a fire fighter for 25 years in Newcastle, left, – who was a huge role model in his life. “What’s been beautiful about how the brand has evolved is that every single one of our collections is made from genuine upcycled fire-fighting materials and we donate a percentage of our sales back to fire-fighting charities around the world,” says Jonny. “And it all started over a beer with a friend in Weatherspoons in Hexham.” 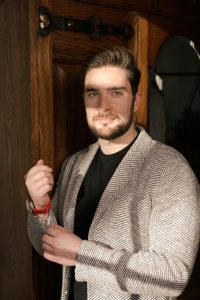 A real turning point for the company came in 2018 when Jonny decided to enter a Dragons’ Den-like competition being run by Esquire Magazine. “2017 was all about building the first collection and then, in 2018, we realised that we’d actually have to sell these watches so we entered the Esquire Magazine Self Made competition,” recalls Jonny. “There were 60 different start-up companies which all presented their small businesses to a panel of judges and we ended up winning the whole thing which was superb. We won a lease for 12 months for four people from the office space company WeWork. We chose a place near St Paul’s in London, and that was worth £22,000 to us.”

Sustainability and upcycling are key elements of the brand. The watch straps themselves are made from genuine fire hose which has been used for at least ten years by different fire services across the UK. Jonny explains: “When fire hose comes to the end of its life, it normally gets thrown into landfill so, instead of that happening, fire teams around the country reach out to us. We then clean them, repurpose them and put them inside our watch straps. There are different fire hose colours that we have and different materials we will use. Probably our most iconic one is red. 90 per cent of all fire services in the UK use red. That was donated to us by the London Fire Brigade and that is seen as our flagship strap.

“You’ve got yellow which is from the West Midlands Fire and Rescue service, you’ve got blue which is the one nearest to my heart because that’s from Tyne and Wear which is where my grandfather was a fire fighter, and then there’s green which is used by the British Armed Forces Fire and Defence Unit. Our most recent upcycled strap is made from fire-fighting uniform. Every one of our watches has over 100 years of real British fire-fighting history inside because the watch case has an original 1920s British brass fire-fighting helmet. The helmets were melted down in London and we pour it into a mould which is then put into the crown of every single watch case. That’s why we say every one of our watches has real fire-fighting history beating through every component.”

At the moment, the company is turning over around £1m a year. From the outset, Jonny has wanted to grow the business without any investors, without any debt, so he has reinvested profits and is looking for slow and sustainable growth. “I have a sort of 25-year vision because I don’t plan to sell the company as I love it so dearly,” he says. “In five years’ time, I want to have our head office in a converted old fire station on a high street where customers can come in and see watch makers in action and see our upcycling first hand. Next year, we are going to convert a vintage fire engine into our moving store so we can go around the UK and Europe promoting our watches and the fire service.”

Jonny’s enthusiasm for running his own company comes through loud and clear. “I love being my own boss,” he says. “It’s complete freedom. The autonomy that you have is unbelievable – to be able to control your own diary; to be able to put into your diary the meetings that you want to have; to do what you want to do and enjoy it. It’s something I could never do in the corporate world. The best part of the journey for me is seeing our watches on the wrists of people who appreciate our story, history and values. They know that our watches represent more than just a timepiece, they are a statement of unity, respect and bravery which anyone wearing our watch can proudly feel and share with others.”

And he has some advice for people considering starting out on their own. “No matter what the idea is, you have got to have a unique selling point,” he says. “You don’t have to reinvent the wheel – I mean there’s nothing new about a watch – but there needs to be something unique about your business. I also think you need to be aware that consumers are changing and they want to know that products are ethically sourced and that the company has a strong element of corporate social responsibility. If you are thinking of setting up a business, you have to think about ways that you can give back.

“The other key thing is that, in my view, someone who just quits their job and starts a business will be in a very scary place. I’m a big believer in building something on the side. You have to love what you do. It’s a testing period to find out how much you love doing it. Can you see yourself doing it potentially for the rest of your life? I grew William Wood Watches while I was working at Lloyd’s and I actually only went full time in September last year. So, it took me four and a half years of building the business to the point it was close to the £1m turnover point. I wanted to make sure that, when I became my own boss, I wasn’t worried – that I wasn’t thinking about the bills and that the transition was easy.”

As the company expands, Jonny is currently looking forward to a trip to America. “I’m flying to New York because we have just had the go-ahead to produce watches for the New York Fire Department who are the biggest fire department in the world. It’s pretty awesome. The watches are going to be stocked in the Rockefeller Centre in the New York Fire Department shop. Hopefully, that will kick off a chain of events where we approach cities like San Francisco, LA and Chicago.”

So, back to Jonny’s grandfather, who died in 2009 but whose memory beats through the heart of this business. What would he say now if he could see the success of William Wood Watches? Jonny has no doubts. “‘Bloody hell!’ is what he’d say,” replies Jonny. “It’s an expression he used to say all the time and I’m sure he’d use it about all this. I’m sure he’d be super proud. I think he’d be blown away because he literally lives on in every single watch that we produce.”