A CROSS party group of MPs and business leaders will today call on the Prime Minister to back manufacturers to lead Britain’s economic recovery from Coronavirus.

They want major infrastructure contracts to be awarded to British firms to stave off the threat of massive unemployment.

The letter was signed by MPs including Labour’s Sarah Champion and Paula Barker.

The Coronavirus crisis is set to cost British manufacturers some £35.7 billion in 2020 alone.  According to Make UK, the pandemic will stunt manufacturing growth until 2022 at the earliest.

Britain’s manufacturers employ less than 10 per cent of the workforce yet account for around half of the country’s exports and 65 percent of the UK’s private sector R&D spending.

But Whitehall currently awards either directly or indirectly almost a quarter of large public contracts to suppliers based outside of the UK.

Business leaders say post-Brexit the Government will have much greater freedom to award contracts to British firms free from EU procurement red tape.

In March this year Chancellor Rishi Sunak announced Whitehall is set to spend some £600 billion on major infrastructure projects over the next five years.

The letter calls on the Government to direct the lion’s share of this spending to the British manufacturers who collectively employ some 2.7 million people across the UK.

Millar said: “A major contraction of British manufacturing output is a development the Government can ill-afford if it is to secure the UK’s economic recovery.

“Manufacturing pays more tax and provides more high-skilled jobs than virtually any other sector. Today I call on the Prime Minister to set manufacturers free to lead Britain’s economic recovery.”

Leading and working across cultures: How to succeed in international business 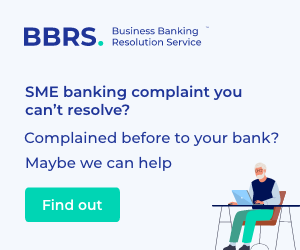