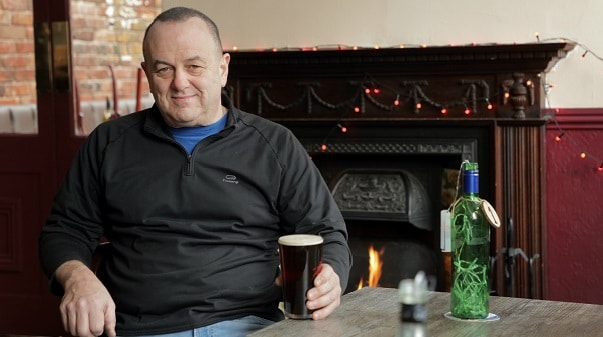 A leading provider of start-up loans for business is toasting it 6,000th customer – its local pub in in Tyne and Wear.

Transmit Startups has invested more than £64 million in new enterprises throughout the UK since being set up in 2013 to deliver the Government-backed scheme.

So it came as something of a surprise to discover its milestone customer is the owner of The Schooner, a pub less than a mile away from its own front door in Gateshead and a favourite destination of the Transmit team.

Paul Smith bought the pub on the banks of the River Tyne in March, fulfilling his dream of owning his own place after 18 years of running The Three Tuns in Gateshead’s Sheriff Hill as a landlord. 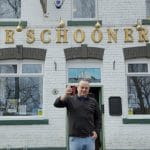 He quickly turned the fortunes of the independent free house around, with visitors voting The Schooner number one pub in Gateshead on Tripadvisor.

The pub immediately adapted to the challenges of coronavirus – having been forced to close its doors, it developed a takeaway and delivery service offering favourites from its menu, Sunday lunches and popular two-pint bottles of ale. The £14,000 Start Up Loan will fund kitchen renovations to ensure The Schooner is ready to start an exciting new chapter once lockdown restrictions are lifted.

Paul said: “The timing obviously hasn’t been ideal but we haven’t missed a day of trading because of lockdown and it hasn’t dampened my spirits or stopped me from planning the improvements I want to make.

“With only a few months of trading behind me I wasn’t eligible for a bank loan so started looking elsewhere for financial support and Transmit Startups was recommended to me as an alternative. I couldn’t believe they were just around the corner.

“We now have all of the equipment and are ready to start our kitchen re-fit as soon as we can bring in contractors.”

Transmit Startups provide fixed-interest loans and high-impact mentoring to aspiring entrepreneurs who are struggling to access traditional finance. The loans are available to businesses under two years old.

The company was created by three North East entrepreneurs; Richard Myers, Damian Baetens and Ian Straker. It now employs 28 people at its head office at Northern Design Centre, Gateshead, its Scottish base in Glasgow and its network of consultants across the UK.

New lending to SMEs remains stable in first half of 2022