Connor Watt and Joe Housley, business partners and best mates, have been shortlisted for the NatWest Great British Entrepreneur Awards. Despite their young age – both aged just 24 – they have been recognised for the incredible growth of their B2B video company.

What was born out of an initial investment of £250 has, in just shy of two years, has grown to turnover close to £150k. Connor and Joe now employ a team of Birmingham-based, like-minded media specialists to support in running the business from their office and film studio in the Jewellery Quarter.

“Whilst I never had any doubts we would take the business far, I don’t think we could’ve ever predicted how quickly we’d get here,” explained Connor. “When we found out we’d been shortlisted, it was the best feeling. We’ve worked really hard to get the business off the ground quickly, so being recognised alongside other successful companies is a great indication of how far we’ve come.”

The NatWest Great British Entrepreneur Awards celebrate the best in British enterprises, with regional winners being named in late September. Connor and Joe have been shortlisted in the “Start-up Entrepreneur of the Year” category, fighting off hundreds of other candidates to secure their spots amongst the eight other businesses recognised.

The Aston University graduates started Narce Media in the summer of 2018, after discovering a significant gap in the market for a B2B videography business with a difference.

“Putting out engaging and factual content is a key component of any brand’s marketing strategy – in fact, research shows that 64% of consumers go on to make a purchase after watching branded videos on social platforms (source: hubspot.com statistics). The fundamental flaw was that the video content people were putting out there was boring, unimaginative and lacked emotion. We also noticed businesses were working on a project-by-project basis, sharing video content inconsistently. That’s when we found our USP – flexible, annual subscription packages. We only started the company a year ago and we’ve already built ongoing partnerships with a major international banking group, various Midlands-based SMEs and we’re the official video partners for TEDx Aston University,” said Joe.

Connor and Joe, from Corby and York respectively, initially worked part-time jobs to support themselves whilst building up their now impressive business portfolio. Once working 18 hours a day, seven days a week – completely sacrificing their social lives – the best friends have now made a conscious effort to recruit similarly digitally-savvy, local talent.

“We’ve doubled the team in just over 12 months, employing two local guys who come from fairly similar backgrounds to us,” said Joe. “We’re really passionate about the landscape of our team. At 24, I’m the oldest, which we feel puts us at a real advantage. As millennials, we all have a deep understanding of the value new media channels can bring as well as the ins and outs of producing a successful video. Connor and I are both keen to nurture other young talent, which is why we’ve partnered with local schemes promoting business internships across the West Midlands.”

With clients reporting significant increases in social engagement – some as much as 1,000% – and TEDx experiencing record-breaking ticket sales for their recent event at Aston University, the future looks positive for this progressive digital media brand.

“2019 has a lot more in store for us yet. We’re hopeful that we’ll win in our category at the Great British Entrepreneur Awards and take some well-earned time out to celebrate our achievements – even just a quick celebratory drink would keep us happy,” added Connor. “We’re also looking to diversify our offering, by extending our range of subscription packages to include both a podcast service and a distribution service. We’re certainly a brand that doesn’t sit still – there’s no time for that!” 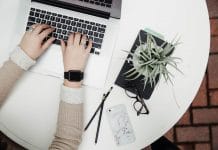 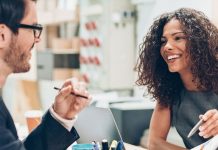 Small Business SEO: Questions on completing your own audit 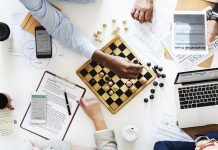 Consumer confidence highest for a decade

BRC in call to Chancellor over business rates

Expensive census ‘may be scrapped’

SME and 3 Counties Expo in partnership