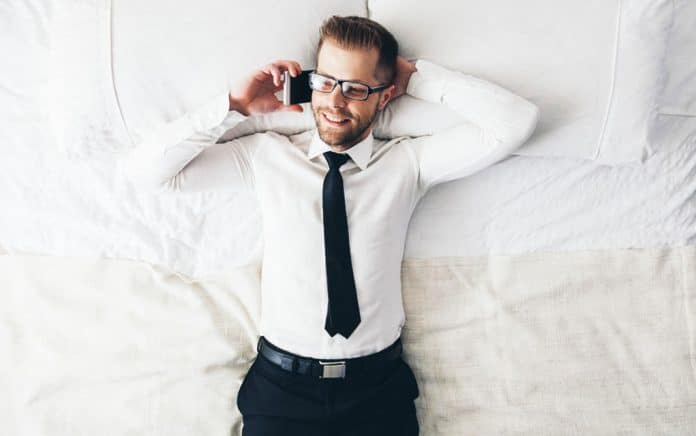 One in seven SME employees make bogus excuses to take days off – including faking illness – to cope with the always-on culture of many small businesses, according to a new report.

Research by breatheHR found that SME employees bunking off costs £900 million annually, with the average employee who fakes illness doing so three times each year.

42 per cent of employees who pull sickies said they do so because they need a rest, although the study found that just 46 per cent of workers use up their full holiday allowances.

But it also showed the increasing amount of pressure managers put their staff under.

51 per cent of business owners admitted to contacting an employee on sick leave – and that figure jumps to 72 per cent for younger owners between 18 and 34 years old.

The report also found young workers to be more willing to respond to emails while off sick, with 20 per cent of 18 to 34 year-olds replying because they feel guilty.

Meanwhile, 71 per cent of bosses expect employees to work if they have a cold, with 85 per cent saying this is because of the economic effect their absence would have.

“The results are striking for how contradictory we are as people,” said Jonathan Richards, CEO at breatheHR. “Employees aren’t taking their full holiday allowance but then phone in sick in order to have a rest day, and then check emails avidly.

“Unintentionally, managers at small businesses are creating a culture where it is expected that employees are always available. So, what does this all mean for productivity?

“Business owners need to consider how their behaviour impacts others. Just because you’re happy to be contacted on holiday, doesn’t mean that should become the established norm.

“The impact is snowballing – again leading to absence in the form of preventable sickness – which costs business in terms of needing to invest both in cover and productivity.”