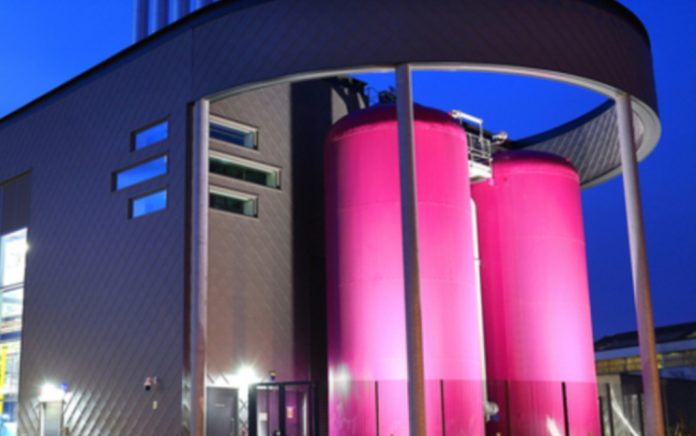 The £18 million Gateshead District Energy Centre, the first district energy centre of its kind in the North East has been opened by Energy Minister Jesse Norman.

The centre will use a pair of 2MW gas-powered combined heat and power plants to generate enough electricity to power 5,000 homes, with the waste heat from the engines used to provide hot water for heating.

“It is a great example of the kind of local initiatives our new industrial strategy is looking to support,” said Norman. “This investment in local energy supplies is intended to deliver low-carbon energy at competitive prices for local customers.”

The centre was developed and designed by WSP Parsons Brinckerhof, who also designed the district heating scheme in Olympic Park, London and was funded by Gateshead Council. Construction and operating costs are expected to be recouped by energy sales both locally and to the National Grid.

“Our district energy centre is twice as efficient as a conventional power station, and far greener, and we can pass on some of those cost efficiencies to local people and businesses in the form of cheaper heat and power,” said council leader Martin Gannon.

Go North to find the next entrepreneurs

ABOUT US
SME Web is the website for SME business coverage produced by Publications UK. We bring you content from around the web which is relevant for you and tell you what it means for your business.
Contact us: [email protected]onsuk.co.uk
FOLLOW US
© SME Magazine 2010-2019. SME Magazine is a trading name of Publications UK.
MORE STORIES