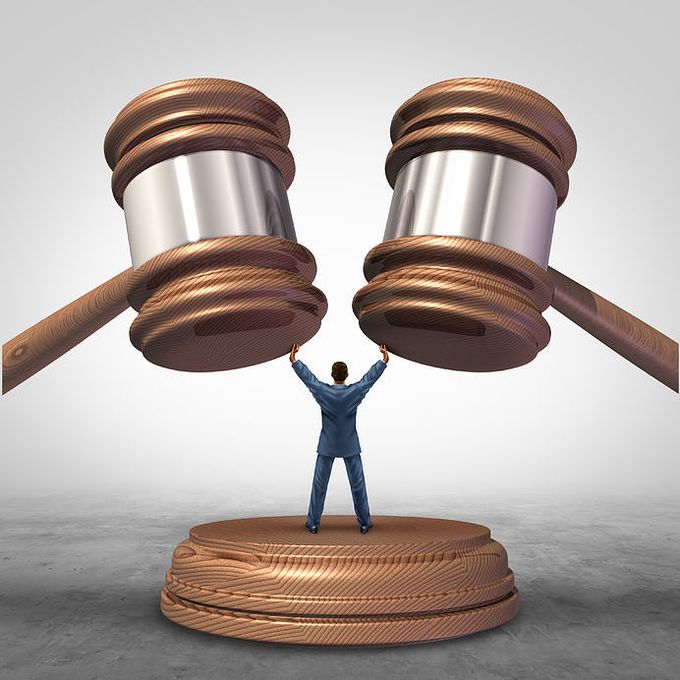 Recent research from the Federation of Small Businesses (FSB) suggests there were at least 3.4 million commercial disputes involving SMEs between 2010 and 2015. So what should you do if your business is heading towards a showdown with an employer, supplier, customer or competitor?

Pursuing a commercial dispute has tended to be a costly, lengthy and risky undertaking for most SMEs and it’s not hard to see why. Your lawyers will typically bill you based on the amount of time they spend working for you. Given that the average litigation case for an SME business is around 18 months, it’s not uncommon for these bills to spiral to the level of the damages that you’re claiming. The FSB calculates that SMEs incur costs of £11.6 billion each year by pursuing a dispute.

Even if you can find a lawyer to act for you on a fixed, capped or ‘no win no fee’ basis, you’ll still have to pay up front for disbursements such as court fees, barristers and expert witness fees within a climate where court fees have increased exponentially and recovery of costs for the winning party has reduced drastically.

Add to that the risk that you could be liable for at least some of the defendant’s costs as well as your own if you lose the case.

On top of that, the typical SME doesn’t have the managerial capacity to stay on top of the paperwork and processes associated with a dispute as well as remaining focused on the day-to-day running of the business.

It’s hardly surprising, then, that many SMEs decide against pursuing a claim and reluctantly write off what they’re owed. Indeed, evidence shows that the number of county court judgments against businesses is on a downward trend, leading to suggestions that SMEs are failing to get adequate ‘access to justice’. No wonder that the FSB concludes that “it is imperative that disputes are prevented where possible and, if not, they must be resolved swiftly, fairly and at the lowest possible cost to those involved.”

We agree. There’s little doubt that the current system is stacked against SMEs and we think it’s time for change. The good news is that alternative forms of dispute resolution are beginning to emerge. The new Escalate process, for example, removes the barriers that currently prevent claimants from pursuing their cases by targeting a negotiated settlement inside three months, with fixed fees payable only on a successful outcome and no upfront costs.

So what can SMEs do to minimise the risk of getting involved in a dispute? And how should they manage any disagreements that do arise?

Agree expectations from the start

Many disputes arise from the fact the parties didn’t take time to discuss their expectations at the start of the process. Invest time up front in clearly defining your objectives, responsibilities, standards etc to prevent a lack of understanding from becoming an issue later on.

Document as much as possible

Having a paper trail of important decisions can act as a reminder of the agreements that have been made, providing evidence that can help to bring both sides back on track.The longer and more complex the project, the more important it is to have detailed records. Comprehensive paperwork is also likely to help your case, should the issue ever make it to court.

Address issues before they escalate

The old adage that ‘a stitch in time saves nine’ applies here. A potentially tricky conversation early on can prevent a problem from growing in a complex legal case that will cost everyone involved considerable time and money.

Be firm but fair

Your business is important to you so nobody expects you to give in at the first sign of a disagreement. But don’t let your emotions cloud your judgements. Don’t make things personal. Step back from the situation and ask an impartial observer for their views.

Taking your case to litigation should be a last resort – but that doesn’t mean it shouldn’t be given serious consideration. Often the threat of legal action can make the other side reconsider. If you feel that the other party is unlikely to change their mind, it may be time to seek to legal advice. Ask your lawyer about their fee structure, work out the cash flow impact of upfront costs and check to see if they offer the opportunity for mediation before you incur the considerable expense of going to court.

Chris Clay and Nick Harvey are two of the architects of the Escalate dispute resolution process.