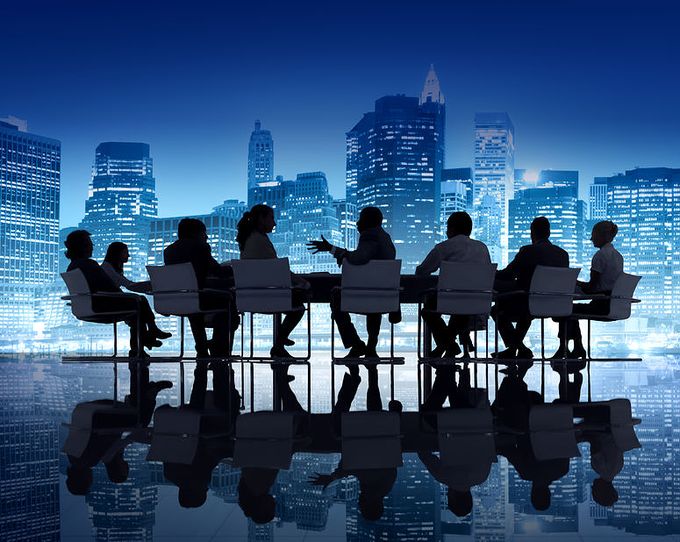 In a throwback to the 1970s, a British political leader has called for workers on company boards, attacked top pay, denounced company directors who take exorbitant dividend payments and praised the idea of more interventionist government. Quantitative easing has been criticised for benefiting the wealthy while expansionary fiscal policies and infrastructure investment are back in favour. There are promises to promote “working class” interests.

So has Labour leader Jeremy Corbyn finally fallen off the left of the political spectrum? No, this all comes from Conservative Prime Minister Theresa May.

Politics is in a strange place. Witness the u-turn on the public shaming of companies which employ large numbers of foreign workers. Policy creation at the moment seems to be a mixture of populism, realism and corporatism, and we might be able to see all three in that proposal to bring corporate employees into the boardroom.

The idea was seen by Germany as an important part of their post-war economic miracle. It applied first in the coal and steel industries and was extended to other sectors. It is now regulated by the Codetermination Act, which requires companies to consider the interests of employees as well as shareholders, with employees included on works councils and supervisory boards.

The idea is simple: to give them a “voice” in governance. In the case of German codetermination, it is the voice of the employees and their trade union representatives. Factory committees with participation rights emerged at first on a voluntary basis, but were made compulsory in 1916 to help the war effort.

The UK has never had a general policy of employee representation at the micro level, but at the macro level the National Economic Development Office brought together management, unions and government to seek to improve the country’s economic performance. It survived for more than 30 years only to be abolished under John Major. I’m reminded of impersonator Rory Bremner’s line on Major: “When I was elected, British industry was nowhere; today, it’s all over the place”.

At a micro, organisational level, there are individual British examples of employee representation on boards. Today, the best-known example is probably the John Lewis Partnership, which includes the Waitrose supermarket chain. The company is owned by a trust, with the trustees obliged to operate in the interests of current and future employees. This is backed up by extensive rights to consultation and participation, including to elect employee-representatives to the board.

John Lewis introduced profit-sharing and a representative staff council in 1920 and in 1950 the Partnership became the property of its employees. Its performance in terms of quality of products and service, and its corporate resilience over time, have been generally regarded as successful, indeed sector-leading.

Corporate ownership does play a role in performance. The final report of the UK’s Ownership Commission argued that the economy is stronger with a range of ownership and governance forms. This could include mutually-owned companies such as John Lewis, alongside shareholder-owned and privately-owned ones, as well as ownership through local, regional and national governments.

Mutuality means being member-owned, where the members are employees or customers (as in co-ops), or members of the local community or other such “stakeholders”. I was chair of Shareholders United, an organisation of Manchester United supporters who bought shares in an effort to mutualise the club, along the lines of Spain’s Barcelona. That was before the Glazers intervened.

I also helped found Supporter Direct which assists supporters at all clubs to take ownership stakes to achieve effective board representation. The key, in terms of Theresa May’s pledge, is that a supporter, or a worker, on the board will achieve little without an organisation behind them to help define and support their goals.

Mutuals are thus an attractive option, and they add to corporate diversity, which is important for economic resilience. The 2010 coalition government pledged to make financial services more diverse by supporting mutuals – but then failed to check on progress. SOAS professor Christine Oughton and I have devised an index to do just this; it shows that the government failed completely. The sector became even less corporately diverse over their term, according to our findings.

It is important not to miss opportunities like this. The historical and international evidence is that workers on the board can be beneficial both to the business and to the wider economy. German companies tend to invest for the long term, including in research and development and training, and enjoy large export surpluses and high output per head. John Lewis employs 88,900 partners, and has continued to share surpluses throughout the past decade of crisis and austerity.

Research over 2012-2013 showed that the UK’s top 50 employee-owned companies increased employment by 3.3%, productivity by 4.5% and operating profits by 25.5% – better than the rest of the economy. However, this approach requires the employee representatives to have some degree of authority, and this is unlikely with no ownership stake.

In the US, widespread use of employee share ownership, is used in some cases to provide and support employee voice. In Britain, however, such schemes are weak and tend to be limited to individual holdings which provide no support for collective voice.

For workers on the board to be effective, such ownership stakes need to be pooled into employee trusts. John Lewis might offer a glimpse of how employee representation can be made to work during Theresa May’s prime ministership. It represents, after all, a comfortable benchmark – away from left-wing ideas of worker rights – for the middle England voters that form the rump of Conservative support and for the MPs who could vote it through.

This article first appeared on The Conversation – http://theconversation.com/uk

How to support employee wellbeing in 2023